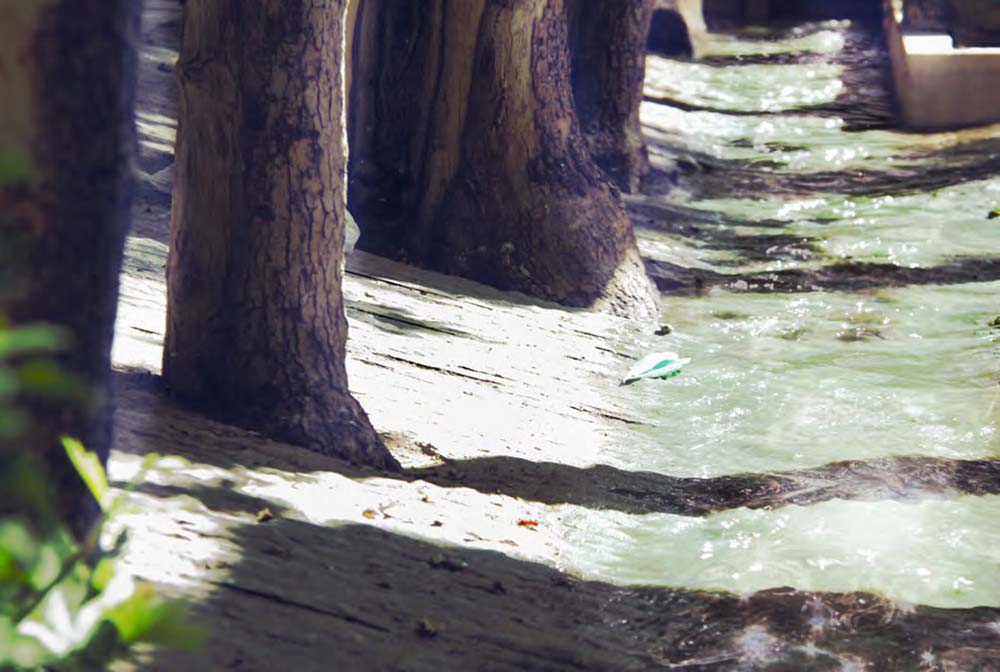 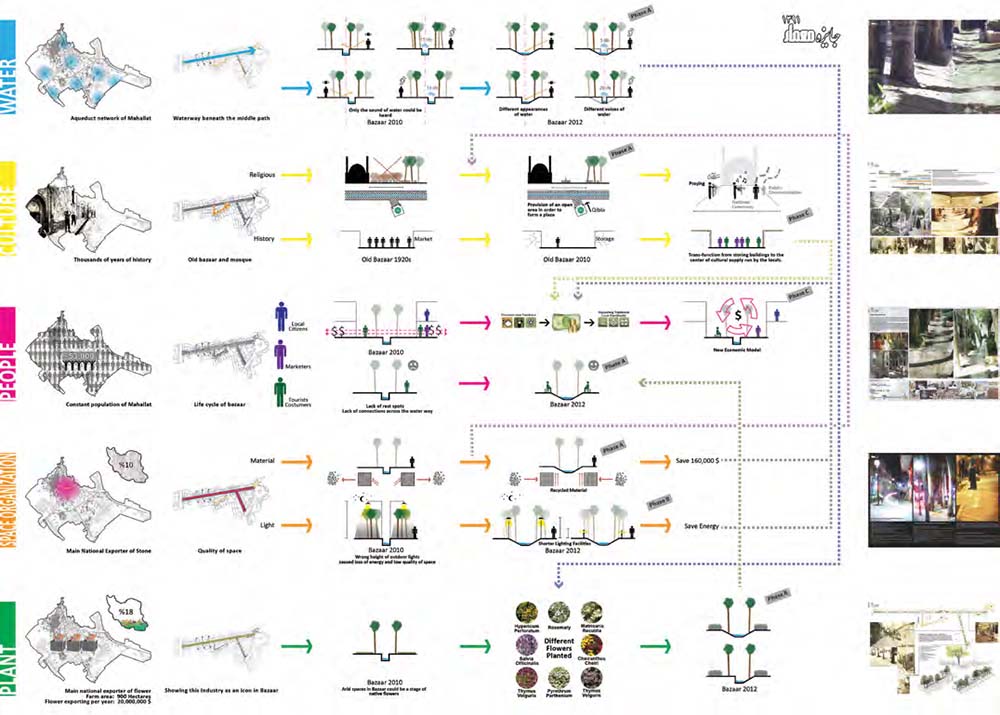 Bazaar is the economical heart, and main core of development of the city. Mahalat market also enjoys a unique natural property: A roof of blue the sky with a border of tree branches as well as a waterway beneath the middle path.However, due to negligence of planners to the water element, only the sound of water can be heard in the bazaar. The main idea is to shape the waterway, providing various visual qualities in combination with the green spaces through the site. Since Mahalat is the chief flower exporter of Iran, focus on plants is one of prime design purposes of Mahalat bazaar. This is achieved by shaping the green spaces inside the bazaar resulting in stopping spots.

Rehabilitation of the old bazaar which nowadays mostly includes storing buildings for other commercial parts of the market is other purpose of the design. This is realized by distinguishing the flooring of the old bazaar’s path as well as allocating trade of handicrafts, and local-cultural productions to this part of the bazaar. The access road to the bazaar, in the urban plan, is provided from the back end of bazaar, allocating the paths for pedestrian only. 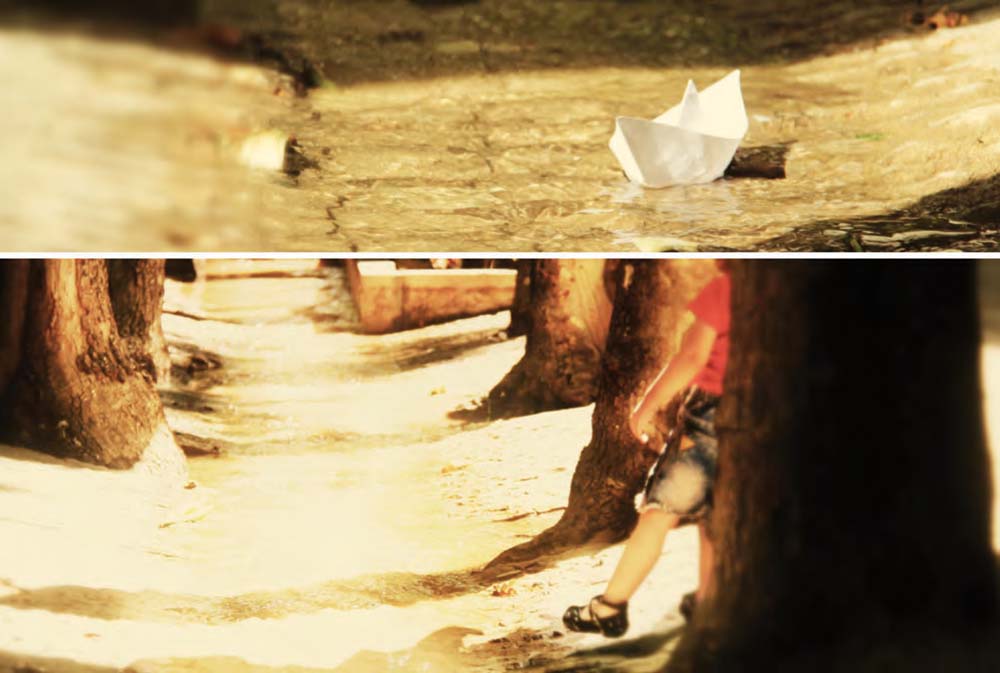