This project wants to integrate the publicity of public buildings and a public space. Performing art has both artistic and athletic faces. The building is designed in a way to let the public root into the up and down of the building and take advantage of new possible ways to watch a performance. The landscape of the project invites the public to come up and then watch performances from the roof top. The form embeds a Public Urban Screen to cover the performances for people who are also enjoying the green space. There were also some secondary concepts; human body forms, the structure as an Ornament, and finally creating public spaces in the landscape and even on the top of the building. A Sports hall, Park, and Cinema at once. 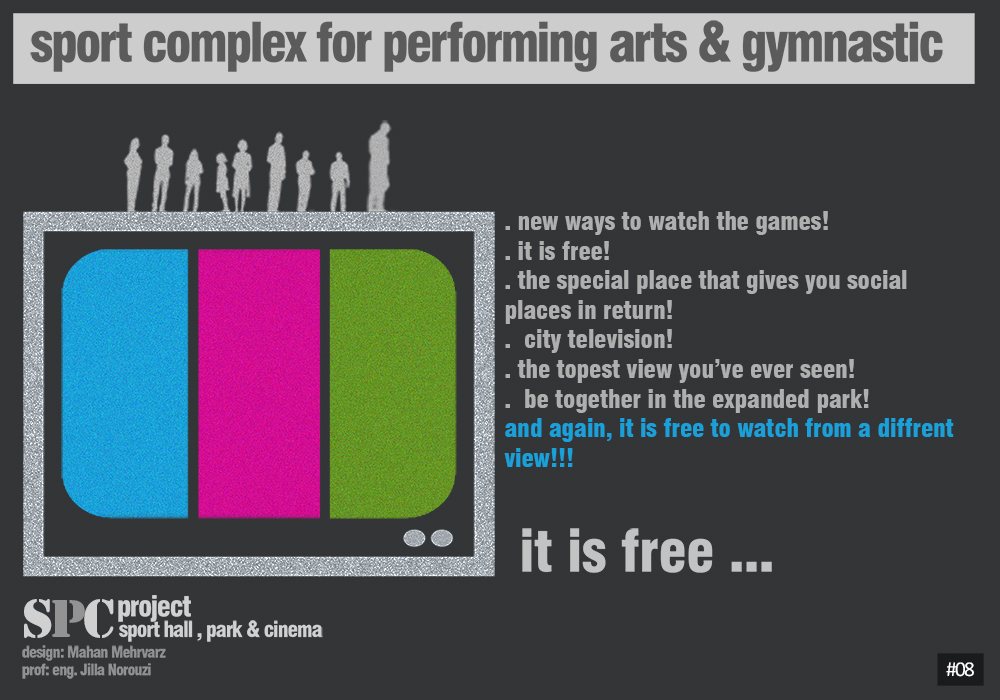 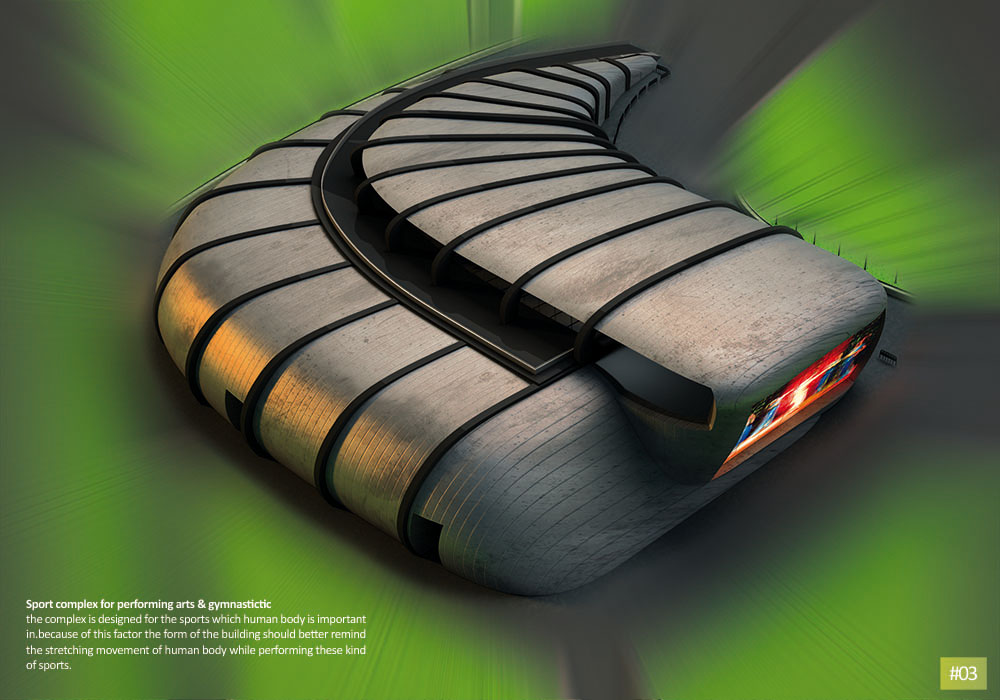 Sport hall, Park, Cinema. The project physical program was to create a sport hall for performing arts and gymnastics. However during the project I found the poetical concept of making a big screen in the main facade and in return in order to provide enough space for this TV audiences, we have to create a free flat land as a social park for people to enjoy watching a sport game in a public space. Finally I found the project as a building with the mentioned three functions.