This project seeks to examine people’s biases, assumption, or prejudices about daily activities of different ethnicities and genders. The outcome of Project is a database of gathered data from a mixed reality environment (from text messages between the system and participant and from participant’s interaction with the urban model). This database tries to exposes the deep biases inside a person. It seems like play, therefore participants thinks he should use an reasoning method to find the relation between the two inputs he has received (a time and a name).However this way of reasoning is what this projects try to expose and moreover recognize the pattern of among a civic society.

Scenario
There is an urban model in a room1. In that mass urban model although the urban environment is presented in an abstract way, you can still distinguish between zones and land uses. There is also one of those architectural model figures, standing somewhere within the urban model whose name might be “Joerge”, “Mohammad”, “Gabriella”, or “Jing”. His/Her says “Hello if you wanna play, txt me and tell me your name”. He/She will reply: “Hi this is Joerge and it’s 10 a.m., where do you think I’d like to be? Please move me over there!” 4. The participant will move him somewhere in the urban model. Maybe in front of a office building, a part, a house, a cafe, etc. based on what he thinks about the name, that is the only input he has: a name. Names carries information about gender and ethnicity. 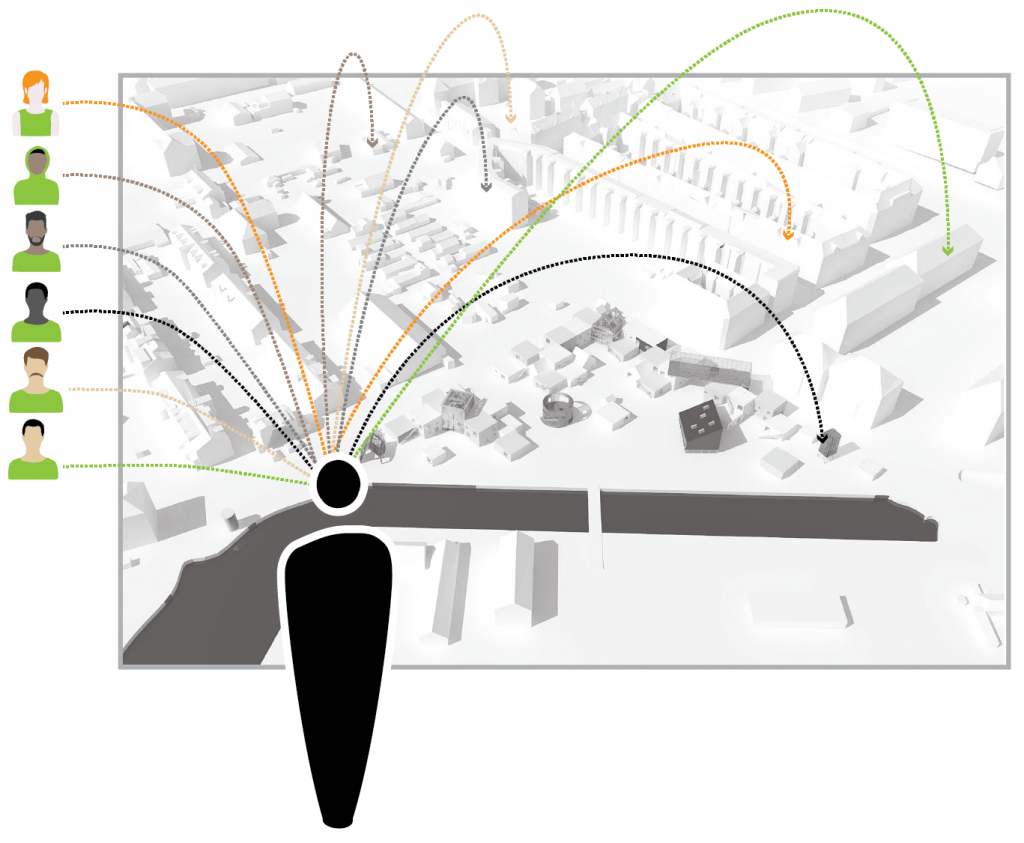 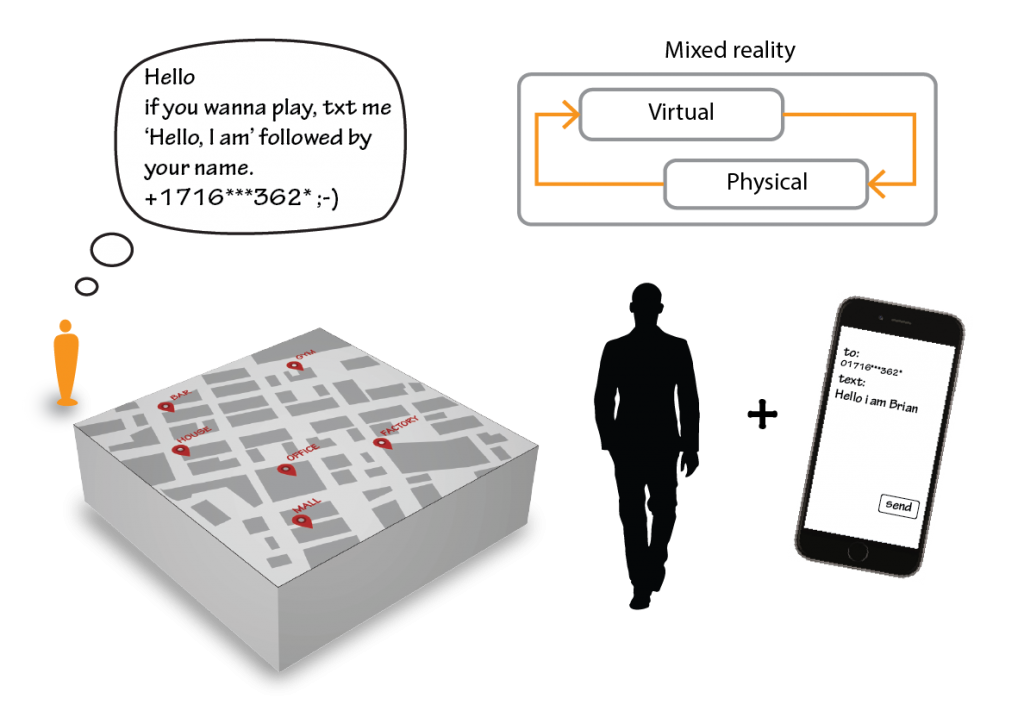 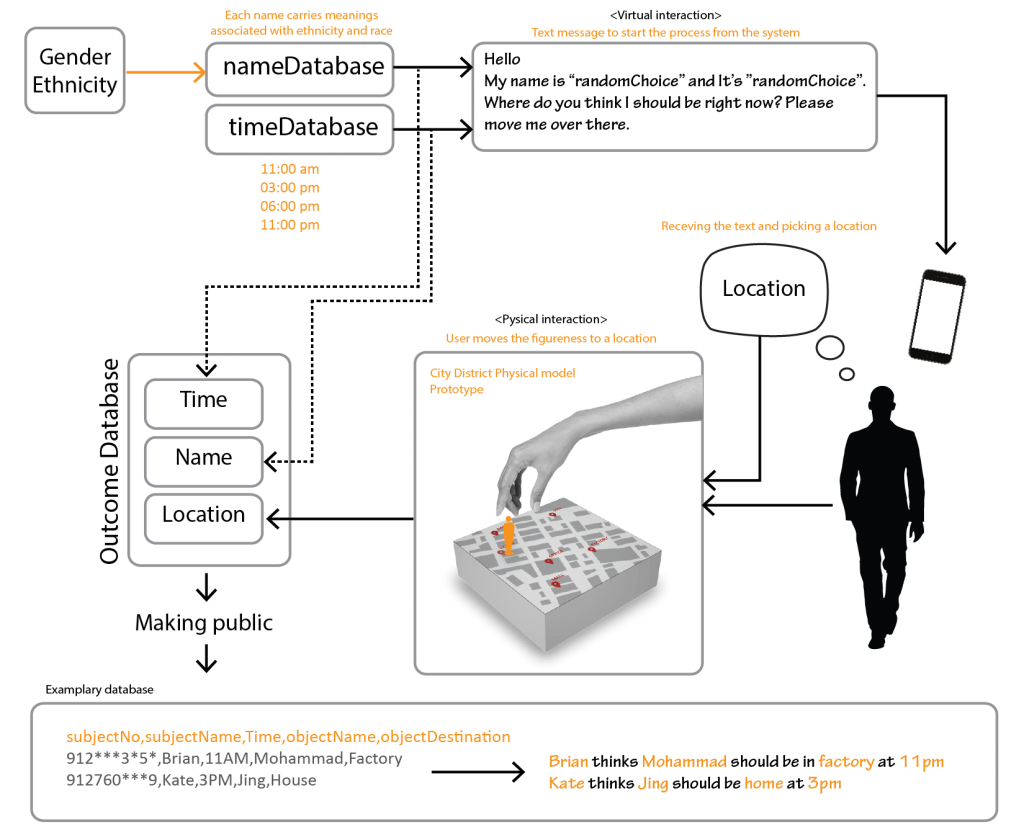 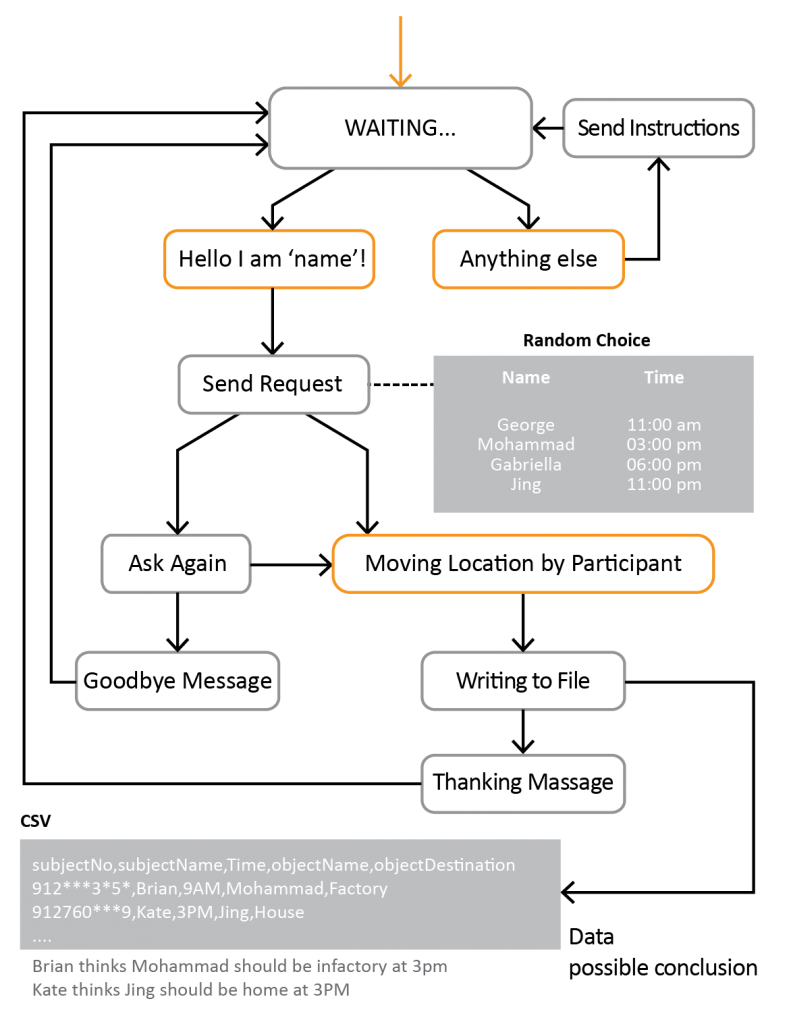